Lewisham was for many years the last London borough without a cinema. But, back in the 1930s, there were over twenty venues showing films! This page gives more information about some of the cinemas that used to exist throughout the actual borough, including Lewisham Central, Lee, Catford, Downham, Sydenham, Hither Green, Forest Hill, Brockley, Deptford and New Cross.

The Obelisk, 12 Loampit Vale, Lewisham. Opened in 1912, closed in 1923. Now the site of the Lewisham main bus and rail station.

King’s Hall, 15 High Street, Lewisham. Opened in 1912, bomb-damaged during the second world war. Later known as the Rex Cinema, then Studio 6 & 7. Closed in 1986 and was later demolished. A new house and an access road (Kings Hall Mews) were built on the site.

The Electric Picture Palace, 8 Sangley Road in Catford. Opened in 1909. It closed in 1914, the building was demolished in the 1990s and replaced by a bloc of flats.

The Deptford Odeon was opened in 1938 on the site of a former the cinema, the Palladium. One of Lewisham’s largest cinemas, the Deptford Odeon had a capacity of ca. 1700. It closed in 1970 and was demolished in 1988. Shops and flats have replaced it.

The Ritz, 7 Coulgate Road in Brockley. Opened in 1913 as the Brockley Picture Theatre. Later used to be known as Giralda Cinema and New Palladium Cinema. Closed in 1960 and demolished. Now a MOT centre.

Stanstead Picture Palace, 12 Wastdale Road in Forest Hill. Opened in 1913, it had a capacity of 825. Later known as the Astoria Cinema, Balmoral Cinema and New Astoria Cinema. Closed in 1955, demolished and replaced with housing.

The Queen’s Hall Electric Theatre, formerly 22-23 Empire Parade in Sydenham. Opened in 1910. Later re-named the Classic Cinema, then the Naborhood Cinema. Closed in 1943 after being damaged by bombing. Demolished in 1953. The site is now occupied by the the Post Office and the Narborhood Centre (whose name was inspired by the cinema’s last name).

The State Cinema, Sydenham Road. Opened in 1931 with a capacity of over a thousand, taken over by the Granada chain in 1949 and then renamed the Granada, it closed in 1971 and was later demolished. The site, on the corner of Girton Road, is now occupied by Somerfield.

The Imperial Picture Theatre, 404/408 High Road in Lee. Opened in 1913. Later renamed the Savoy and the Pullman Cinema. Closed in 1959 and demolished in 1986. The Sainsbury’s supermarket stands on the site today.

Map of former cinemas in Lewisham

This interactive map shows the locations of a most old cinema venues in Lewisham with further information, pictures and links.

If you are interested to learn more about the history of cinemas in Lewisham, we recommend two booklets written by local historian Ken George  (Two Sixpennies Please: Lewisham’s Early Cinemas and The Big Five: Lewisham’s Super Cinemas, available from the Lewisham libraries) as well as cinematreasures, the London Project and, for archive photographs, dusashenka.

All photos and photomontages are copyrighted. With thanks to the Lewisham Local History & Archive Centre and dusashenka.

Help with your research needed? 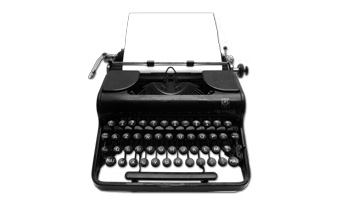